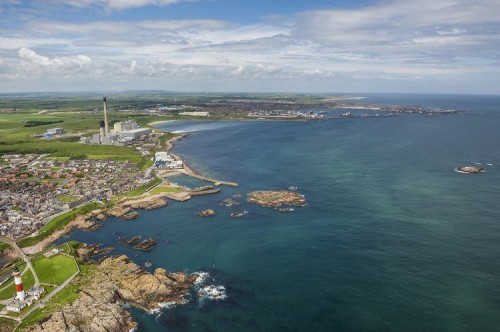 A £45million business case which will provide ultrafast broadband connectivity across the city region was agreed at a meeting of the Aberdeen City Region Deal Joint Committee on Friday, 20 January.

Members of the committee, which met at Aberdeen City Council’s Marischal College, approved the business case behind plans to boost the region’s broadband speeds.

The committee considered a report by ACC’s head of IT and transformation Simon Haston, which said: “Aberdeen City Region remains poorly served when it comes to broadband infrastructure compared to the rest of the UK and global competitors.

“The city region has a high take-up of basic broadband at around 80% but in a 2014 study into superfast broadband coverage, Aberdeen City Region ranked 61 out of 63 UK regions; and in a separate worldwide study of Oil and Gas cities, the city region recorded the second slowest connectivity speeds of all the cities surveyed.”

The target is for the Aberdeen City Region to be ranked in the top six of the UK regions for availability and speed, with two different programmes of work to achieve this.

One of these programmes is to procure ultrafast connectivity to serve businesses and residential premises within the region. In addition, the city duct network, which is owned by ACC, is to be extended and enhanced.

The Scottish Government is also launching a new national connectivity project called R100 programme which aims to provide a minimum of 30mpbs to every premise in Scotland. Plans are being discussed to work in partnership with the national programme in a regional procurement but as separate Rural and City Deal Lots.

Mr Haston told the committee: “At the heart of this is making these (broadband) lines affordable.

“As part of the procurement process, this will be a key consideration.

“What we’re hoping is for our City Region Deal to become a model around the country for R100.”

The Aberdeen City Region Deal Joint Committee heard that the newly-established Oil & Gas Technology Centre, which will launch on 10 February 2017, has had a second interim agreement to cover the funding in the first quarter.

The Centre is an industry-led, research and development organisation with the aim to become the go-to technology centre for the oil and gas industry in the UK and internationally.

It will help unlock the potential of the UK North Sea, anchor the supply chain in the North East of Scotland and make the region a great place to live, work and invest.

The Centre will work in partnership with companies and universities to co-invest in industry-led projects that deliver tangible results.

Sir Ian Wood added that an excellent team has been recruited for the OGTC, and the fruits of their labours will not be fully realised for nine to 12 months’ time.

The next meeting of the City Region Deal Joint Committee is scheduled for Friday, 17 March.